Order before 19:00
for delivery on Monday

Everything about the Apple iPhone 11 Pro 256GB Green

This successor to the iPhone XS was presented by Apple on September 10 2019. The iPhone 11 Pro is the latest version of the best smartphone the U.S. manufacturer has to offer. In addition to the three cameras on the back, the device runs on iOS, equipped with a dark mode.

At first glance, this iPhone 11 Pro looks a lot like its ancestors, but the back speaks volumes. The larger camera module now includes three lenses, so you get even more photography options. This colour, Midnight Green, has never been seen on Apple devices before.

The iPhone 11 Pro has an extra camera on the back when compared to its predecessor, the iPhone XS. This allows you to use the wide-angle lens to photograph large groups of people. You can also take cool portrait photos with faded backgrounds using the telephoto lens.

If you want to record videos with your phone, you want to get the highest quality. With the iPhone 11 Pro, it's easy to shoot videos in 4K resolution at 60 frames per second.

This green iPhone features a beautiful OLED display, which ensures that everything is beautifully displayed. The high contrast between light and dark pictures makes the colours splash off the screen! With the HDR technology you'll optimally enjoy watching a Netflix movie, for example.

Enough storage space for all your files

Do you have thousands of photos or need a large number of apps on your smartphone? This green iPhone 11 Pro comes with 256GB of storage space, so you won't need to use iCloud soon. You can store whatever you want!

Your data is yours, and not everyone should be able to get to it. For security's sake, Apple has created an extremely secure face recognition system that's now 30 percent faster than that of the previous generation of iPhones.

Battery for the whole day

Manufacturer Apple ensured that this generation of iPhones has up to 4 hours longer battery life than its predecessors. This way, you're no longer dependent on a power outlet during the day. If you still want to charge it, do so with the included quick charger.

The stylish glass back of this green beast doesn't only look cool, it's also enabled Apple to build in wireless charging. This way, you can place your iPhone 11 Pro on a wireless charging dock, making cables a thing of the past.

This phone is not afraid of water, because Apple has equipped it with an IP68 waterproof rating. This allows the device to spend 30 minutes at a depth of four meters in water. Even dust and sand are no threat for this high-end smartphone.

With the A13 Bionic chipset, Apple presents the fastest mobile processor yet, and you'll notice that in the performance. There's no need to worry about hiccups or slow apps. With the additional U1 chip, you can send files to other users just by pointing at them.

iOS 13 for the best performance

This iPhone was announced at the same time as Apple's new operating system, called iOS 13. Apps now boot up faster and you get extra features, such as a dark mode for evening use. You can download apps from the App Store like you're used to.

The user manual is not included but can be downloaded or viewed here: Online user manual.

The Apple iPhone 11 Pro 256GB Green does not come with a charger. Check whether you have a compatible charger at home. Or order a charger.

With normal use, we guarantee that your phone will work properly throughout the full warranty period. If something goes wrong, Gomibo.cz and Apple will make sure to help you out!

How do repairs at Apple work?

Show all accessories for the Apple iPhone 11 Pro 256GB Green

Accessories that go with the Apple iPhone 11 Pro 256GB Green

Show all accessories for the Apple iPhone 11 Pro 256GB Green 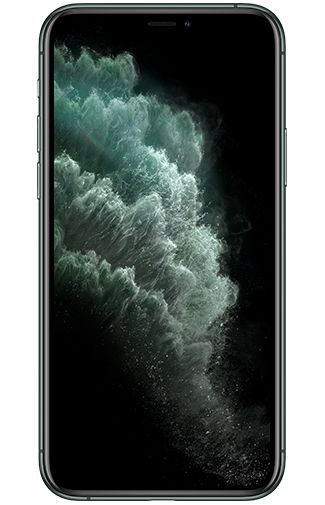