Everything about the Huawei P30 Breathing Crystal

Average scores of the Huawei P30:

Description of the Huawei P30

At a major event in Paris on 26 March 2019, Huawei presented the new P30 series, including this Huawei P30! This device offers everything you may expect from a high-end smartphone: a pin-sharp display, good cameras, and excellent performance.

The 6.1-inch display with OLED technology ensures stunning images, and the triple cameras shoot beautiful pictures, even in less than perfect conditions. Under the hood, you'll find the powerful Kirin 980 chipset, 6GB of RAM, and a large 3650mAh battery!

Huawei has been known for its strong performance in the photography area for a while now. In collaboration with camera manufacturer Leica, there are no less than three cameras on the back of this P30! The 40-megapixel primary camera always shoots beautiful pictures, even in lesser light conditions.

The second camera is a 16-megapixel wide-angle lens that allows you to take pictures at a larger angle, which might come in handy when shooting group pictures in a small space! The third lens is a periscopic zoom lens of 8 megapixels, which you use to zoom in 5x and capture the person or object of your choice!

Pin-sharp images and a stunning colour contrast: that's the screen of this Huawei P30 in a nutshell. The 6.1-inch panel is large, so you can use it for all kinds of purposes. Whether you're on social media, playing a game, or want to bingewatch an entire Netflix season, you can do it all on the display of this P30!

Fingerprint scanner under the screen

The fingerprint scanner is hidden under the OLED screen. You can't see this sensor, so the display will indicate where you should place your finger in order to unlock the device. The scanner is fast and secure, keeping your messages, files, and data away from prying eyes!

Under the hood of the Huawei P30 you will find the Kirin 980, a chipset developed by Huawei themselves. This chip is both powerful and energy-efficient. With the P30, you can play heavy games, edit videos, and multitask to your heart's content while still expecting a long battery life!

You won't have to worry about running out of power with the Huawei P30. The 3650mAh battery provides enough power for a full day of intensive use! Charging is done quickly thanks to Huawei SuperCharge: your P30 will charge up to 58% in under 30 minutes!

The standard Huawei P30 comes with 128GB of internal storage. You'll be able to store many pictures, apps, and Spotify playlists with this amount of space. You can also add an NM memory card to your device, so you never have to worry about running out of storage space!

Android 9 Pie in a Huawei skin

The Huawei P30 runs on the Android 9 Pie operating system. Huawei did make a number of changes, like a real Huawei interface and some extra applications. With Android, you can immediately start using various apps, and you'll have direct access to the Play Store with millions of apps and games!

With normal use, we guarantee that your phone will work properly throughout the full warranty period. If something goes wrong, Gomibo.cz and Huawei will make sure to help you out!

How do repairs at Huawei work?

Show all accessories for the Huawei P30 Breathing Crystal

Accessories that go with the Huawei P30 Breathing Crystal

Show all accessories for the Huawei P30 Breathing Crystal

Colour options for the Huawei P30 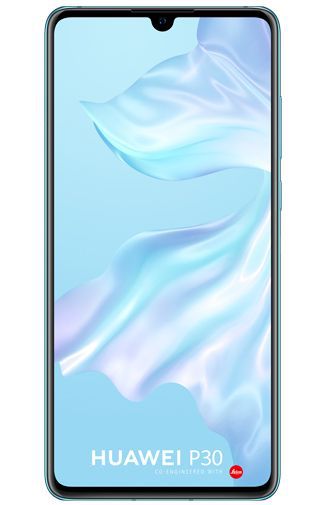